Ten Years After the Olmos Judicial Ruling on the Illegitimacy of the Debt: Audit or Keep Paying? 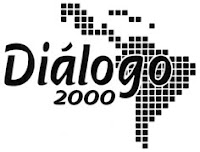